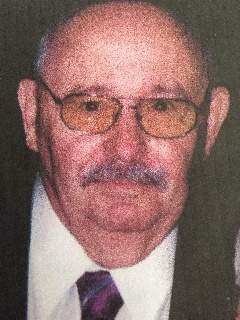 Biography:  William Pierce, 77, of Galion went to be with the Lord on Saturday July 13 2019. William was born January 18, 1942 to the late Ralph Pierce and Genevieve in Chicago Illinois. He was married Nov. 15, 1974 to Diane Pierce whom preceded him in death.

He moved to this area 6 years ago from Tucson, Arizona. He and Diane had a passion for fostering children. William’s first job was as a baker, and then worked with a meat market as a butcher. He later went on to work at Ford as a caster in Flat Rock Michigan. He also enjoyed square dancing. William was a member of the Heritage Baptist Church in Galion. Services are being planned for a later date. Munz-Pirnstill Funeral Home is assisting the family with services. Memorials may be made to the Heritage Baptist Church in Galion.
To order memorial trees or send flowers to the family in memory of William Pierce, please visit our flower store.