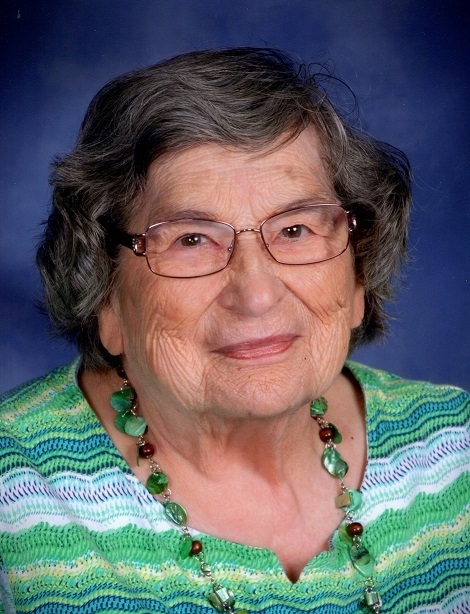 Biography: Violet M. (Swank) Christman Sands, 92 passed away on Sunday January 19, 2020 in Signal Mountain, TN following a brief illness.  Vi was formerly of Bucyrus and a resident of Alexian Village in Tennessee since 1986.  She was born May 11, 1927 in Towner County, North Dakota to the late Walter J. and Anna Mae (Hollinger) Swank.  Violet was married October 11, 1947 to Richard D. Christman who preceded her in death on March 17, 1982.  She married Sylvester G. Sands May 28, 1988 and he preceded her in death on March 7, 2009.  Vi was also preceded in death by three brothers and 2 sisters.
Vi is survived by son Jeffrey Dale (Sherry) Christman of Bucyrus; sister Ann Gusky of Elyria, OH; as well as numerous nieces and nephews.
Violet graduated from Galion High School in 1945 and worked in Bucyrus as a Medical Receptionist for 27 years.  Throughout the 27 years she worked for Dr. John Kurtz, Dr. Roy Wildey, Dr Donald Wenner, and Dr. Ralph Lyons. Vi was Presbyterian her entire life and sang in the Alexian Village Choir.
Funeral Services will be held on Friday at 12:00 noon in the Munz-Pirnstill Funeral Home with burial to follow in Oakwood Cemetery.  The family will receive friends at the funeral home on Friday from 11:00 am until the time of the service.  Memorials may be made to the Alexian Village Scholarship Fund through the funeral home and expressions of sympathy can be left at www.munzpirnstill.com
To order memorial trees or send flowers to the family in memory of Violet M. (Swank) Christman Sands, please visit our flower store.