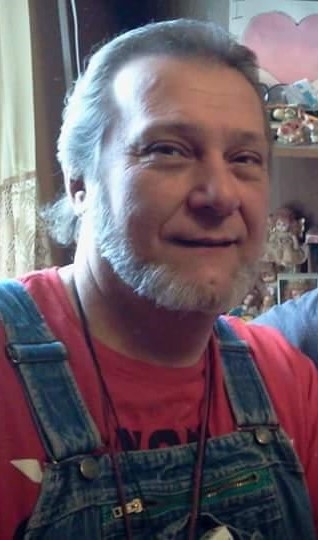 Biography: Todd Lawrence Cady 61 of Bucyrus, Ohio passed away in Aultman Hospital in Canton, Ohio on April 4th at 9:38 pm with his son and daughter at his bedside. Todd was born on November 8th, 1958 to the late Roger Cady and Rosaline (Vaughn) Cady.
He is survived by a special friend Mary Stahl; children, James Cady Sr. (Susie), Christina (David) Kuhn, John (Tonya) Osborn, Kristina (Carlos) Lanier;  long lost sons, Casey (Kim) Harigle, Brandon (Shelby) Harigle;  adopted daughter, Makayla Markley; 3 brothers, Roger (Darlene) Cady, Darrel (Maxine) Cady, Robin Cady; sister, Julie (Bob) Taylor; grandchildren, Michael (Jessica) Galloway, Austin and Brianna Kuhn, James Jr., Kearstyn, Bryson Cady, Parker Johnson, Jonathan, Nicole (Name Sake) Dakota Lawrence Shimp , Leland and Jaypaul Osborn; great-grandchildren, Liberty Dick, Elliauna Kuhn, and Nakiah Branam as well as other special kids and nieces and nephews and grandkids and greatest friend Bob the Builder Van Horne.
He was proceded in death by his parents and 3 brothers Ed, John and Michael Cady, brother in law Bob Taylor.
Todd was a Military child who traveled all over the state with his parents, he settled in Virginia where his daughter Christina was born. He moved to Galion, Ohio and opened a baseball diamond. He sold produces at the old K-Mart building now family farm in Bucyrus with his mother and her boyfriend Park (Jack) Phillips.
He owned TNT Karaoke and enjoyed singing with  his kids James Cady and Christina Kuhn and special friend Mary Stahl.
He loved horse playing with all the grandchildren. Before he got to ill, he went to norwalk raceway park with his son James, Susie and Mary Stahl and told James he was going to own a couple of those cars. And he left behind 3 cars to do as a project for racing.
He has been battling an illness for the past 4 years. And has numerous health issues which he was never let get him down until the very end.
He will be greatly missed by many! A great friend, loving dad and loving brother. You will be missed.
There will be no services at this time. Condolences may be left online at www.munzpirnstill.com, facebook, or mailed in to the funeral home.
To order memorial trees or send flowers to the family in memory of Todd Lawrence Cady, please visit our flower store.