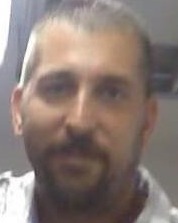 Timothy David Moyer, 44, went to be with the Lord after passing away unexpectedly from injuries sustained during a car accident on August 30, 2022.

Timothy was born on December 29, 1977 in Galion to Tim Moyer and Pamela (Farrow) Moyer bringing sheer joy and humor into this world.

A life-long Crestline resident, Tim attended Crestline High School and afterwards followed in his father's footsteps and began working on cars.  This career suited Tim well as he was extremely smart and could fix just about anything.  Timmy had a heart of gold and wouldn't hesitate to help out anyone in need, especially his family.  He provided countless hours and comic relief to any situation.  After spending any amount time with Timmy, you were guaranteed a smile.

Timmy was a beloved father, son brother, nephew, cousin, and friend.  His greatest accomplishment and his pride and joy was his son Drake.

Timmy will always be remembered as a loving father, beloved son, a hilarious, kind hearted and gentle soul who left lasting impressions on all he knew.

A Celebration of Life Service will be held at a later date.  Expressions of sympathy can be left at www.munzpirnstill.com

To order memorial trees or send flowers to the family in memory of Timothy D. Moyer, please visit our flower store.