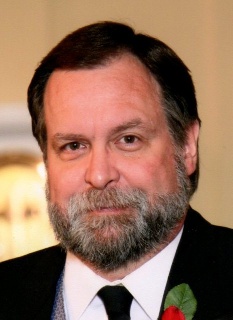 Biography: Thomas E. King, 57 of Bucyrus passed away on Friday July 21, 2017 at Riverside Hospital in Columbus due to complications from a blood clot. Thomas was born October 27, 1959 in Bucyrus to the late John T. King and Mary Jane (Chandler) King who survives. In addition to his father, Tom was preceded in death by brother and sister in law Jim and Mae King.

Tom attended Holy Trinity School through the 6th grade and graduated from Wynford H.S. in 1978 where he was and avid sports participant in both basketball and football. He graduated from the Police Academy and was a Bucyrus Police Officer from 1980 to 1990. From 1990 until the early 2000's Tom taught Martial Arts and for the past several years has spent time raising his sons and grandchildren.

The family will receive friends at the Munz-Pirnstill Funeral Home on Friday from 4:00 pm until 6:00 pm at which time prayer services will be held. The family suggests memorials be in the form of contributions to the Moebius Foundation through the funeral home and expressions of sympathy can be left at www.munzpirnstill.com
To order memorial trees or send flowers to the family in memory of Thomas E. King,, please visit our flower store.