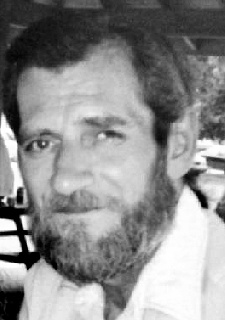 Biography:  Thomas Alan “Tom” Fultz, 65, embarked upon his final fishing quest into the great beyond on Sunday, January 7, 2018 from his Caledonia home, surrounded by his loving family after a short but valiant battle against his own body.  Thomas was born on May 3, 1952 to the late Lawrence Rodney, and late Catherine Isabell (Clark) Fultz and was raised in the cities of Bucyrus, and Galion, OH.
After school, Tom joined the U.S. Army and enjoyed his time overseas in Germany during the Vietnam War from which he returned, and retired. He proceeded back to the states to remain a lifelong patriot and lover of all things U.S.A, especially U.S. flags and bald eagles.


Tom was a visionary, a tinkerer, an inventor, mechanic and thinker of life outside of the box.  Tom worked predominantly industrial positions until the early nineties when he received his welding certificate in night courses through Pioneer Joint Vocational, with his final work place being, Stahl’s Auto Body in Cardington, OH where lived and worked until he retired.


In the early 2000’s,  Tom patented a design he had created for a flash protected “bottle rocket launcher” that would, “put them where you want them,” inspired by a knocked over bottle, the day after the Fourth, which sent a bottle rocket straight into his back side as he bent over to smother embers from the leftover camp fire, paired with a lifelong love of fireworks, and many other similar experiences of being burned, or creating havoc with the unpredictable destinations of the device.


Tom  was best known for his physical likeness to Abraham Lincoln,  his dry wit and sarcastic humor, long hair having, 1960’s bell bottom wearing “hippie” style, loved his family and his few close friends, loved music and played guitar, sang, and was even a song writer at the young age of 15. His song of “Kay” was picked up by the artist John Wesley Ryles which then proceeded to climb the country music charts. Tom loved to cook, and had an affinity for sweet treats, especially potato candy that he made every holiday. His favorite past time was fishing and working in the garden.


Marion, Raymond (Yong) Fultz of KY, along with countless beloved nieces, nephews, and friends.
“The greatest sign of a life well lived, is the love that remains in their passing.”


Funeral arrangements are being made with Munz-Pirnstill Funeral home of Bucyrus, OH. Where the family will be accepting family and friends on Thursday,  January 11 from 1-3 and 6-8 p.m. With a funeral on Friday, January 12 at 11a.m. with a Military honors ceremony and burial at Oakwood Cemetery, where Tom’s earthly vessel will be lain to rest next to his beloved mother.


Condolences can be made online, and memorial contributions may be made to: St. Jude’s Cancer Research.
To order memorial trees or send flowers to the family in memory of Thomas Alan “Tom” Fultz,, please visit our flower store.