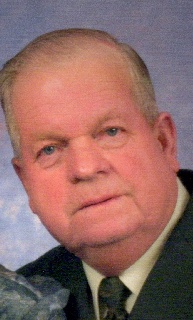 Biography: Robert L. Ramey, 82 of Bucyrus passed away on Thursday May 11, 2017 at his home following an extended illness.  Robert was born July 8, 1934 in Morehead, KY to the late Taylor and Maggie (Morris) Ramey.  He was married May 15, 1954 to Phyllis E. (Rossman) Ramey who survives.  In addition to his parents he was preceded in death by step mother Polly (Johnson) Ramey as well as brothers Charles and John and sisters Tressie and Betty.

Robert is also survived by children Donald Ramey, Doreen (Mike) Pollock, and Donna Ramey all of Bucyrus; sister Dorothy Jones of Morehead, KY; as well as numerous nieces and nephews.

Robert worked as a trackman for the B & O Railroad as well as farmed.  Following retirement he worked as a welder at Perfection Cobey and worked part time at Carle's until 2005.

Graveside services will be held on Saturday May 20, 2017 at 1:00PM at the Columbarium, Oakwood Cemetery.  Memorials may be made to Home Care Matters, American Heart or Diabetes Associations. Expressions of sympathy can be left at munzpirnstill.com
To order memorial trees or send flowers to the family in memory of Robert L. Ramey, please visit our flower store.