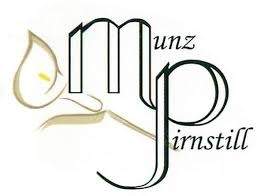 Biography: Robert Eugene Niedermier, 88 of Bucyrus passed away on Wednesday November 20, 2019 at Bucyrus Community Hospital.  Robert was born May 2, 1931 in North Auburn, OH to the late Alfred and Rosalin (Bellen) Niedermier.  He was married June 6, 1931 to Rheta (Cowan) Niedermier who preceded him in death on January 2, 2006.  He was also preceded in death by son Robert Kim Niedermier; daughter Ronda Niedermier; brothers Donald and Jack; as well as one sister Norma.  Robert is survived by one daughter Robin E. Smith, 2 grandchildren, 5 great grandchildren; special friend Carol Trout, and one sister Zella Russ.
Robert moved to Bucyrus in 1936 and was a longtime firefighter at the Bucyrus Fire Department retiring in 1986. He was an Army Veteran of the Korean War and recipient of the Purple Heart.  Robert was a Life Member of AMVETS Post 27.   Robert also had worked at Timken and Home Sheet Metal.
Funeral Services will be held on Monday at 1:00 pm in the Munz-Pirnstill Funeral Home. The family will receive friends from 11:00 am until the time of service.  Memorials may be given to the Bucyrus Fire Department and expressions of sympathy can be left at www.munzpirnstill.com
To order memorial trees or send flowers to the family in memory of Robert Eugene Niedermier, please visit our flower store.