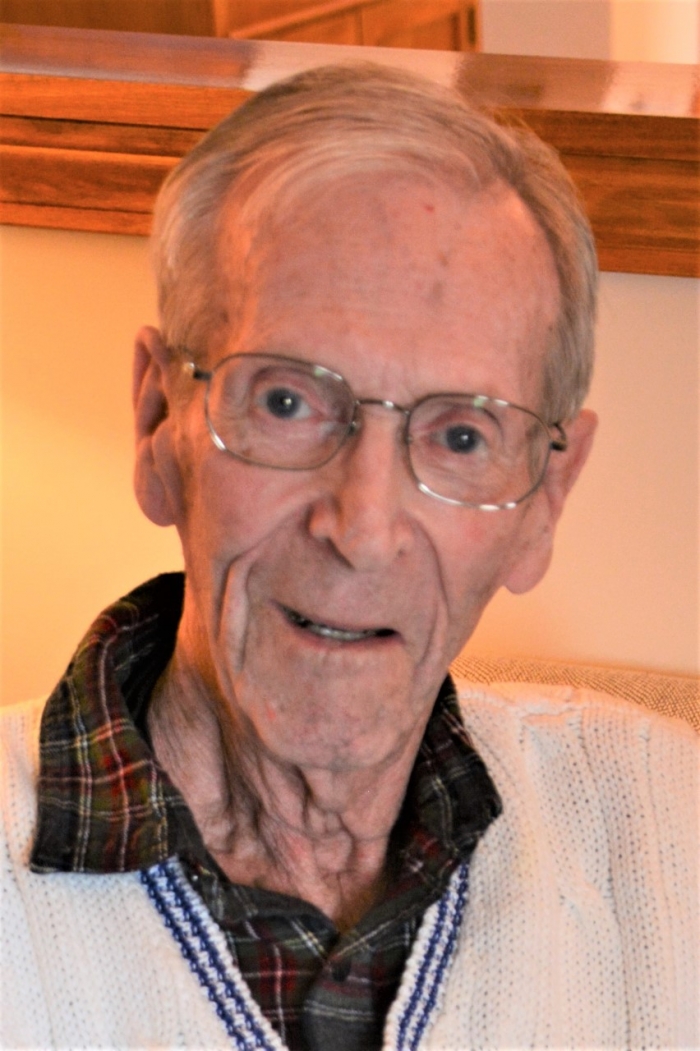 Biography: Robert C. Miller was born on September 25, 1930 to Arthur C. and Ruth May Goodwin Miller in Olney, Illinois. He attended school in Olney and graduated High School in Russellville, Arkansas. After high school, Robert joined the US Navy in 1948 and served in the Korean Conflict as a radioman aboard several ships including the USS Gardiner Bay. He visited several countries during his time in the Navy including Japan, China, Thailand, the Philippines, Guam, Okinawa and Australia. When stationed in California, he met Betty McKinley while she was on a post-graduation trip to visit relatives. They were married on February 16, 1952 and she survives. He completed his service in May of 1952 and began working at Douglas Aircraft in California. They lived in Anaheim California until they moved to Ohio in 1959.
Bob completed college coursework at UCLA and at Harvard Business School. He had a very successful career in the area of Telecommunications beginning as a Telecom Engineer at North Electric in Galion and eventually became Vice President of Telecommunications and Marketing at ITT North Electric in 1977. He and Betty then moved to Dallas, Texas and later to Long Island, NY where he served as an Executive Vice President with NEC America, Inc. until 1990 when he retired. After his retirement he held board positions with USITA, NEC America, Inc., the Electronic Industry Association and the Republic Bank of Los Colinas, Texas.
Bob traveled extensively with his business career spending extended time in Sweden, Norway, Denmark, the Netherlands, France, Germany, Austria, Switzerland, Italy and Great Britain as well as multiple visits to Japan in his roles with NEC. Many times, Betty accompanied him on business trips and they also visited China with a business tour as well as Hawaii.
Bob’s children and grandchildren very much enjoyed listening to stories about “Grampy’s” travels and business career. He was very astute with investments and very successfully managed his accounts up to the time of his death. He was proud of his accomplishments and very proud of his family.
Bob loved the game of golf and was a member of the Galion Country Club where he played until the age of 83. He often bragged that he beat his grandson at the game when he was in his 80’s. In his retirement, Bob enjoyed reconnecting with his Navy veteran friends that served on the USS Gardiners Bay. Bob and Betty are members of St. Paul United Methodist Church in Galion, Ohio.
Left to honor his memory in addition to his wife Betty is his brother Ronald Joseph (Jan) Miller, St. Simons, Georgia; sister-in-law Carol (Bob) Wise, Ashland, Ohio; daughter Cindy (Tom) Schifer; daughter-in-law Lin Miller, grandchildren Timothy (Jennifer) Schifer, Daniel Schifer, Shelby (Herve) Moneysmith Jobert, Halsie Miller, Adam Miller; great grandchildren, Samuel, Josephine, and Layla Grace Schifer, Dax Jobert; cousin Joann Teuscher, and numerous nieces and nephews.
He is predeceased by his parents, brothers, George Smith Jr., William Arthur Miller, James Vernon Miller; son Ronald Howard Miller, and grandson Robert F. Schifer.
Funeral Services will be held on Saturday in the Munz-Pirnstill Funeral Home at 12:00 noon and services will be broadcast live on the funeral home Facebook. The family will receive friends from 11:00 am until the time of the service.  Memorials may be made to St. Paul United Methodist Church and expressions of sympathy can be left at munzpirnstill@hotmail.com.  Cards of sympathy can be sent to Munz-Pirnstill Funeral Home, 215 N. Walnut St., Bucyrus OH 44820 to be forwarded to the family.
To order memorial trees or send flowers to the family in memory of Robert C. Miller, please visit our flower store.