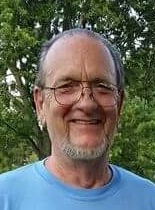 
Richard was an auto body repairman for several years and last worked at Dayco Swan.  He moved to Bucyrus in 1990.  Richard was very active as a volunteer at New Day Ministries and also helped others by working in the food pantry.


Funeral Services will be held on Saturday at 11:00 am in the New Day Ministries with Bishop Ted Thomas officiating.  The family will receive friends at the Munz-Pirnstill Funeral Home on Friday from 2:00 pm until 5:00 pm.  The family suggests memorial contributions be made through the funeral home. Expressions of sympathy can be left at www.munzpirnstill.com
To order memorial trees or send flowers to the family in memory of Richard H. Johnson Sr., please visit our flower store.