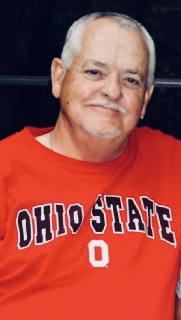 Biography:  Richard H. Close, 74 of Bucyrus passed away on Sunday May 13, 2018 at home.  Richard was born September 29, 1943 in Deunquat, OH to the late Roy and Eulalia (Hartzog) Close.  He was married April 26, 1964 to Judy I. (Eulett) Close who survives. In addition to his parents, he was preceded in death by brother Gene C. Sorg and sisters Helen L. Chaffee, Marjorie Zimmerman, Mary Renfro, and Sherrie Kline.


Richard graduated from Mohawk H.S. in 1961 and from 1963 until 1969 was a member of the Ohio National Guard where he attained the rank of Sergeant. Richard was a Captain in the Bucyrus Fire Department and worked as a Fireman from 1968 until 1979.  He worked at Ohio Mutual Insurance for several years and last was employed by Continental Security in Mansfield doing security work in several locations.


Richard was a member of the Mt.Zion U.M. Church and served Bucyrus on City Council for 2 terms as Service Committee Chairman.  He was a member of the Galion Moose Lodge #303.  He enjoyed fishing, attending his grandsons’ activities, was an avid NASCAR fan of Jeff Gordon, and sharing his witty sense of humor.

Funeral Services will be held on Friday at 6:30 pm in the Munz-Pirnstill Funeral Home with Rev. Joseph Platt officiating.  The family will receive friends from 4:00 pm until the time of the service. Memorials may be made to Mt. Zion U.M. Church, Kindred Hospice of Marion or the Crawford County Humane Society. Expressions of sympathy can be left at www.munzpirnstill.com
To order memorial trees or send flowers to the family in memory of Richard H. Close,, please visit our flower store.