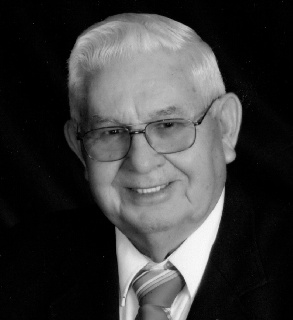 Richard was considered by most a busy body and had to keep active. Some of the jobs he had over the years included Farming, International Trucker, Supply Millington, supplied  boat seats for Gordon Downard,worked with fifth wheel pullers with Jim Morton, was with Shunks Manufacturing, charter busing to Cedar Point, and most generally a Jack of All trades. Richard also kept busy in his spare time being involved with organizations such as Country Gentlemen Barbershop Chorus, Church Choir, and Church Council. He was with Nevada Lutheran for a number of years, before joining Sandusky Lutheran, and finally settling in with St. Paul Lutheran of Sulphur Springs as his final place of worship. Richard was an avid fisherman, card player (pinochle), and was very prideful of his Ohio State Buckeyes, Cleveland Browns, and Cleveland Indians. He was a man who also dearly enjoyed his sweets such as Tofts Butter Pecan Homemade Ice Cream and Mom's Apple Dumplings.

Visiting hours will be 10-12 Monday April 23, at St. Paul Lutheran Church in Sulphur Springs. A funeral service will follow at noon. Pastor Hans Sherner will be officiating services. Memorials may be made to the Ohio Veterans Home in Sandusky, to St. Paul Lutheran Church, or American Cancer Society. Moments of remembrance may be left online at www.munzpirnstill.com
To order memorial trees or send flowers to the family in memory of Richard C. Lyons, please visit our flower store.