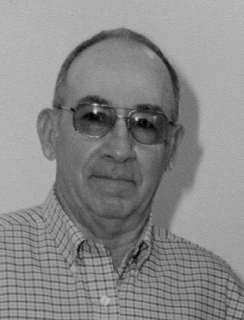 Biography:  Ralph H. Honaker,82 of rural Bucyrus passed away on Thursday March 15, 2018 at home.  Ralph was born September 12, 1935 in Honaker, VA to the late Jessie Lee and Dora (Taylor) Honaker  Lester. He was married December 16, 1955 to Julia “Judy” Snavely Honaker who survives. In addition to his parents, he was preceded in death by siblings Pearl Honaker, Margaret Randolph, Robert Honaker, Willard Honaker, Beulah Thomson, Lola Musick, and Anna Hess.

Ralph was retired from Swan Rubber and enjoyed working on landscaping in the yard.

Ralph was more often referred to as Dad, Daddeo, Grandpa or Pawpaw. He's yard, children and grandchildren were amongst his life joys. He was rarely inside during the summer; one could always see him driving his scooter or lawn mower around the yard. It would not be uncommon to see a dog, cat, raccoon or all of the above riding next to him. He had a long standing reputation of an animal lover; he never turned away an animal in need. He nurtured and rehabilitated a variety of creatures throughout his life including, squirrels, foxes, raccoons, groundhogs, and skunks, and birds. He also loved picking fruit from his trees, gardening, and visiting his childhood home of Honaker when he could.

Ralph was truly one of a kind, and kind he was. He will forever be in our memories, bringing a smile to our faces and love to our hearts.

There will be no public services and burial of his cremains will take place at a later date.  Memorials may be made to Heartland Hospice or a Wildlife Sanctuary of your choosing, such as Wildlife Haven of Crestline. Expressions of sympathy can be left atwww.munzpirnstill.com
To order memorial trees or send flowers to the family in memory of Ralph H. Honaker, please visit our flower store.