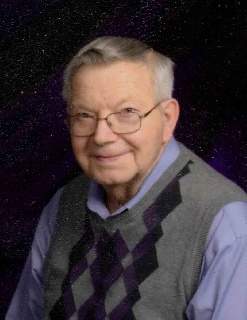 Paul graduated from Delphos St John and attended Ohio State University for 4 years. He later went on to be drafted by the U.S. Army, he was stationed at Fort Knox and Ft. Leonard Wood. Paul retired from Timken finishing as a packaging coordinator. Paul is a member of St. Paul Lutheran Church and also was a Thrivent Financial member with St. Paul’s. He was also the past firefighter chief of Chatfield, former councilman, past congregational president of the church. He was a member of the church choir and New Washington Community Band. Paul enjoyed attending Buckeye Central sporting events such as volleyball, basketball, and most recently, girls state basketball tournament.

Visiting hours will be 2-5PM Sunday at Munz-Pirnstill Funeral Home. Funeral services will be Monday at 11AM at St. Paul Lutheran Church in Sulphur Springs. Burial will follow at St. Pauls. Memorials may be made to St. Paul’s Lutheran Church, Buckeye Central Endowment Fund, or Donor’s Choice. Moments of remembrance may be left online at www.munzpirnstill.com
To order memorial trees or send flowers to the family in memory of Paul J. Ebbeskotte,, please visit our flower store.