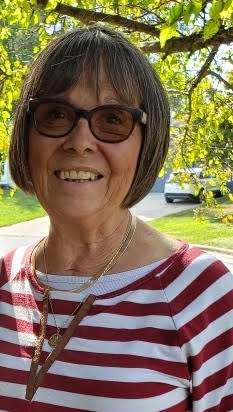 Biography: Pamela Sue Spears. 72 of Bucyrus, passed away on Thursday, November 26, 2020 at home surrounded by family after a courageous battle with cancer. Pam was born June 22, 1948 in Bucyrus to  the late Edgar V. and Thelma (Miller) Zellner. She was married November 4, 1972 to James P. Spears who preceded her in death on October 5, 1983.

Pam graduated Bucyrus High School in 1966 and attended Marion Beauty Academy; graduating in 1969. She worked at North Electric and as a local hairdresser before going on to the Timken Co. where she retired after 20 plus years of service.
Pam was a member of the former Grace United Methodist Church, American Legion Post 181, Bucyrus Moose Lodge and served as secretary for the Bucyrus Altrusa Club,

Pam enjoyed anytime spent with family, friends and her dog Beamer. Always excited to be the holiday host, Pam loved to show off her impeccably decorated tree and share delicious new recipes. Pam was just as happy going to concerts, taking a day trip to the lake, or going for a drive through Amish country as she was vacationing in Myrtle Beach and Florida. She was not one to sit idly and watch things happen but rather, invite her family and friends to join her on adventures. She looked forward to her annual New Years Eve card party with close friends. She was very supportive of her grandchildren and loved attending their activities where she was affectionately known as "Grammie Pammie".

Her family would like to extend a heartfelt thank you to those who uplifted and supported her through prayer, meals, cards and messages. We feel this strengthened her to keep fighting,

Private family services will be held at a later date and the family suggests memorials be made to the Bucyrus Altrusa Club. The Munz Prinstill Funeral Home is assisting the family with arrangements and expressions of sympathy can be left at www.muntzpirstill.com
To order memorial trees or send flowers to the family in memory of ​Pamela Sue Spears, please visit our flower store.