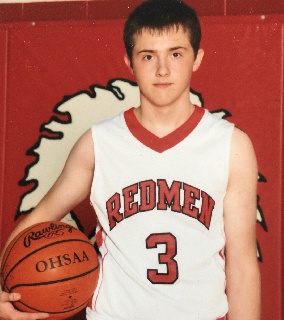 Biography: Noah Skylar Lear, also known as "Victory" to his online friends, at the age of sixteen passed away in Ashland Ohio at the Hospice Home on March 16, 2016 in Ashland, OH. Noah was born July 13, 1999 in Galion to Melissa (Bloomfield) Griffin who survives in Bucyrus and Scott Lear of Nevada.
He was raised mostly in Bucyrus and his memory is carried on by his brothers Chris Lear and Jacob Bloomfield, his father Scott Lear, his mother Melissa Griffin, his step-father Tate Griffin, and many beloved grandparents, including Harry and Debbie Bloomfield, JoAnn and Mark Griffin, Clarence Lear, Edith Baldwin, Great grandma Dorothea Hoon and great grandparents Bill and Linda Griffin. He is also remembered by his cousins Justin Albright, Cameron Bloomfield, Jordan Bloomfield, Josh Lear, Brittany Lear, AJ Griffin, Griffin Pahl and many more relatives. Noah attended Bucyrus High School and was a member of the school's basketball team. He was an inspiration to all of his teammates and friends and lead by example through his love of the game and his commitment to getting better. He loved to spend time with his family and friends and spent a lot of time playing online games with these friends. He will be missed by all and be remembered as the bright and shining light that he was in the lives of everyone he met.
Calling hours will be held at Bucyrus High School, Kish Memorial Auditorium from 1:00 pm to 5:00 pm on Sunday March 20 and the funeral service will be held the following day at the same location at 11:00 am. The family suggests memorials may be made through the Munz-Pirnstill Funeral Home, 215 N. Walnut St., Bucyrus and expressions of sympathy can be left at munzpirnstill.com.
To order memorial trees or send flowers to the family in memory of Noah Skylar Lear, please visit our flower store.