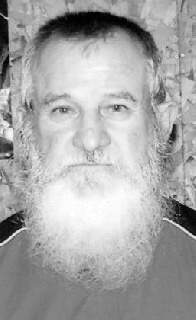 Biography:  Milton E. Motter, 82 of Bucyrus passed away on Friday October 20, 2017 at Riverside Methodist Hospital in Columbus surrounded by his family.  Milt was born September 25, 1935 in Nevada OH to the late Clarence and Rowena (McLaughlin) Motter.
Milt is survived by three children, Brenda Hopkins; Gene (Sherri) Motter; and Eddy (Heather) Motter; grandchildren Kayla, Matthew, Davonte, Anthony, Justin, and Gabriel; siblings Paul (Joyce) Motter, Darryl (Nancy) Motter, Jerry (Debbie) Motter, and Ruth (Robert) Leonhart; as well as many nieces and nephews.
Milt graduated from Nevada High School in 1955 and was inducted in 2011 into the Hall of Fame for the 1954 Nevada Bobcat Track Team. He served in the U.S. Army and retired from the City of Bucyrus in 1994 after 30 years as well as farmed.  Milt enjoyed playing Bingo and deer hunting where you could always find him sitting on his favorite rock.  He loved to fish and for many years played Santa Clause at Christmas.  He was an avid fan of Ohio State Buckeyes and the Cleveland Browns.  Many knew Milt as "Uncle Milty" and he will be sadly missed by those who knew him.  He lived life to the fullest.
Milt was a Veteran of the U.S. Army and was a member of the AMVETS Post #27 and the VFW Post 1078 where he enjoyed attending all of the activities.
Funeral Services will be held on Thursday at 11:00 am in the Munz-Pirnstill Funeral Home.  The family will receive friends on Wednesday from 4:00 until 7:00 pm.  Memorials may be made to Wounded Warriers and expressions of sympathy can be left at www.munzpirnstill.com
To order memorial trees or send flowers to the family in memory of Milton E. Motter, please visit our flower store.