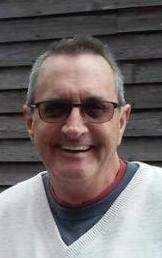 Mike graduated from Bucyrus High School in 1971 and received a degree online from the University of Phoenix.  Mike lived for several years in the Dayton area, returning to Bucyrus 2 years ago.  He retired as a commercial truck driver after many years with Cooper Tire.  Mike was a member of Windfall UCC and enjoyed playing dartball for the church as well as golfing, traveling, camping, and being on the beach.  Mike was an eye donor through Lifeline of Ohio.

A Celebration of Life Service will be held on Wednesday at 6:00 pm in the Munz-Pirnstill Funeral Home with Rev. Dreama Caudill officiating.  The family will receive friends from 4:00 pm until the time of the service.  In lieu of flowers memorials may be made to the Windfall UCC.  Expressions of sympathy can be left at www.munzpirnstill.com
To order memorial trees or send flowers to the family in memory of Michael R. Carr, please visit our flower store.