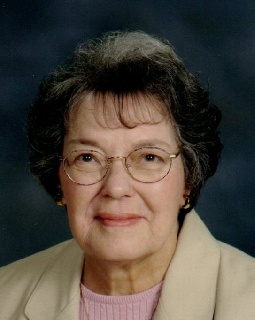 Biography:  Mary Ann Fischer Schifer, 91, originally of Bucyrus, Ohio was called to her heavenly home Friday, December 22, 2017, 2014 at Edgewater Place, Plain City, Ohio with her family at her side. Mary Ann was born at home on December 16, 1926 in Bucyrus, Ohio, the second of three children, to the late George Frederick and Lina (Keppler) Fischer Stump.  On October 5, 1947, she married Frederick M. Schifer, at Good Hope Lutheran Church, Bucyrus. A 1945 graduate of Bucyrus High School, Mary Ann was a dedicated and loving homemaker for her husband and three children.  Mary Ann was also a wonderful cook and baker, enjoyed preparing family holiday meals, making many German recipes taught to her by her mother, and spending time with her family.  As a young woman, Mary Ann was employed for a short time in the County Auditor’s office, prior to her marriage.


Mary Ann was an active and lifetime member of Good Hope Lutheran Church, Bucyrus, where she taught Sunday school in her younger years, and was a long-time member of the Hannah Women’s Circle at the Church.  She was also a member of the Ohio Child Conservation League (OCCL) during her children’s growing years.  Mary Ann was a quiet, and faithful woman who loved life and was devoted to her husband, the love of her life, and her family. She taught her family faith in a loving God, honesty, and the values and blessings of hard work.  A loving mother and creative homemaker, Mary Ann will be greatly missed, and her family rejoices in the victory of her eternal life in Christ Jesus.
In addition to her parents, Mary Ann was preceded in death by her husband Frederick, daughter Susan E. Schifer (Wallace) Yost, and a grandson Robert F. Schifer.  Also, preceding the passing of Mary Ann, are her brother, George F. Fischer, brothers-in-law Paul, Ira Earl, Vern, and Dale Schifer, Virgil Marquardt, Wayne Rothlisberger, Charles Estermyer, James Case, George Miller and sisters-in-law Dorothy (George) Fischer, Janet (Paul) Schifer; Mary Lucille “Lue” Schifer (Charles) Estermyer, Ivie (Earl Schifer) (Walter “Mike”) Mead, Phyllis (Dale) Schifer, and Mildred Schifer (Rudy) Sharkey.


Mary Ann’s family will receive friends on Wednesday, December 27 at the Good Hope Lutheran church from 4 PM to 7PM. Funeral services will be Thursday, December 28, 2017 at 11:00 AM at Good Hope Lutheran Church, with Pastor Renee Ahern officiating. Burial will be in Oakwood Cemetery. The family suggests memorial contributions be made to the Good Hope Lutheran Church in care of the funeral home. Expressions of sympathy can be left at www.munzpirnstill.com
To order memorial trees or send flowers to the family in memory of Mary Ann Fischer Schifer, please visit our flower store.