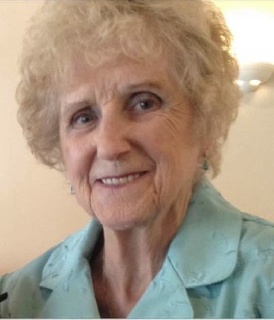 
Lillian and Austin established the Christian Faith Center in Bucyrus in 1982. They also took several missionary trips to Haiti. They both had a very strong love for the people there and felt a desire to share their love of Christ with the people. The stories of their visits were always a discussion topic with Lillian because she was so passionate about her time spent in Haiti.


Lillian knew and had an impact on an incredible number of people and was loved dearly. She will be greatly missed on this Earth but what a joyous meeting it must have been when she entered those Heavenly gates.


Services will be held on Thursday, October 26th at Munz-Pirnstill Funeral Home in Bucyrus. Calling hours will be from 2-4pm. A brief memorial service will be held at 3pm. All are welcome to join us for a celebration of her life at Victory Lanes in Galion starting at 5pm. A private burial to follow at a later date.


Memorial donations may be sent to Evangelical Faith Fellow at 980 New Washington Rd., Bloomville, OH 44818. Expressions of sympathy may be left online at www.munzpirnstill.com
To order memorial trees or send flowers to the family in memory of Lillian Marie (Clark) Eidson, please visit our flower store.