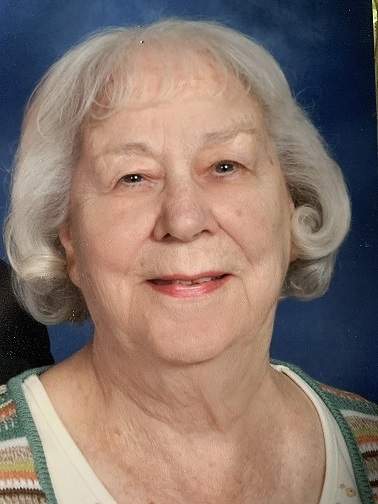 Biography: Leona Mae (Geissman) Berger 90, of Bucyrus passed away Tuesday November 24,2020 at Bucyrus Community Hospital. Leona was born September 6, 1930 in Chatfield Ohio to the late Reuben and Inez (Huffman) Geissman. Leona is preceded in death by her husband Rudolph Berger, sister Wilma Podbielniak and numerous brothers and sisters in law.

Leona graduated in 1948 from Chatfield High School and from Tiffin University Business School. While in New Washington at a drive-in movie she met Rudolph Berger who she married September 6, 1952. Leona was working at Swan Rubber as a Executive Secretary  until she and Rudolph received a call from Crawford County Children Services saying that they had a baby girl for them to adopt. On December 12, 1960, they went to Galion Ohio and brought Baby Barbie home.  Leona then served as the secretary at St. Johns UCC for many years.

Leona was active in a euchre club, a mother's club and a lunch bunch group for ladies at the American
Legion every Monday. She was a avid fan of the Ohio State Buckeyes, Cleveland Indians and the Cleveland Browns.
Munz-Pirnstill is honored to serve the family of Leona. Calling Hours for the public will be held  on December 11,2020 at the Munz-Pirnstill Funeral Home from 5pm to 7pm. Private services will be held for the family Saturday December 12, 2020 with burial to follow at Oakwood Cemetery. Memorials can be made to St. Johns UCC or the Alzheimer's of Ohio  Association. Expressions of sympathy can be left at munzpirnstill@hotmail.com
To order memorial trees or send flowers to the family in memory of Leona Mae (Geissman) Berger, please visit our flower store.