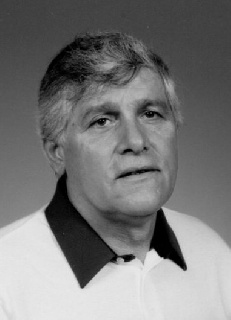 Biography:  Lawrence E. “Larry” Hosey, 80 of Bucyrus passed away on Thursday October 5, 2017 at Altercare of Bucyrus.  Larry was born May 9, 1937 in Shelby to the late William E. and Helen (Westervelt) Hosey Hayes.  He was married June 7, 1958 to Mary Ann (Kimmel) Hosey who preceded him in death on Dec. 5, 1993.  In addition to his parents and wife he was preceded in death by grandchild Hannah; sisters Twila Jean Donnersbach, Marie Rettig, and Wilma Ross; brother Kenneth Hosey; and step father Ted Hayes.

Larry graduated from New Washington H.S. in 1955 and was a Veteran of the U.S. Navy.  He retired 26 years ago from Galion Dresser working both in Bucyrus and Galion.  Larry was a member of Holy Trinity Catholic Church,  VFW Post #1078, AMVETS Post #27, and the Bucyrus Moose Lodge #669.  Larry enjoyed watching and following the Cleveland Indians.

A Mass of Christian Burial will be Celebrated on Monday at 11:00 am in the Holy Trinity Catholic Church with Father Paul Fahrbach as Celebrant, burial will follow in Holy Trinity Catholic Cemetery.  The family will receive friends at the Munz-Pirnstill Funeral Home on Sunday from 1:00 pm until 4:00 pm with the Rosary being recited at 3:45 pm.  Memorials may be made to Holy Trinity or the American Cancer Society and expressions of sympathy can be left at www.munzpirnstill.com
To order memorial trees or send flowers to the family in memory of Lawrence E. “Larry” Hosey, please visit our flower store.