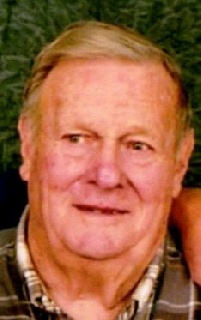 Biography:  Lawrence Ash Jr., 87 of Bucyrus passed away on Saturday August 5, 2017 at Galion Community Hospital.  Lawrence was born Oct. 7, 1929 in Thor, KY to the late Lawrence and Ruby (Bloomfield) Ash.  He was formerly married to Louella (Click) Ash on Feb. 15, 1952, she survives.  In addition to his parents he was preceded in death by daughters Patricia Dawn Ash and Marcia Metzger as well as grandchild Danny.


Lawrence is also survived by children Danny (Virginia) Ash of North Robinson and Toni (Richard) Hall of Bucyrus; grandchildren Robert, Winnie, Tigre, Katie, Diana, Travis, Sam, and Echo; 17 great grandchildren; 7 great great grandchildren; brothers Ray and Stephen Ash both of Bucyrus and Dick Ash of Oceola; sisters Wilma Hallmark, Bucyrus, Hester Dyer of Oceola, Janet Faye Stafford of Vanceburg, Norma Sue Schiefer, Linda Zornes, and Joan Ridge all of Bucyrus; son in law Dean Metzger of Bucyrus.
Lawrence was retired in 1985 from Shunk Manufacturing.  He moved to the Bucyrus area in 1950 and was a Veteran of the Korean War.  Lawrence attended the Kaler Ave. Church of Christ in Christian Union.
The family will receive friends at the Munz-Pirnstill Funeral Home on Wednesday from 12:00 noon until 2:00 pm when services will be held.  Additional calling hours and services will be held in Vanceburg, KY on Thursday from 12:00 noon until 2:00 pm.  Burial will take place in Morgan Cemetery.  Expressions of sympathy can be left at www.munzpirnstill.com
To order memorial trees or send flowers to the family in memory of Lawrence Ash Jr., please visit our flower store.