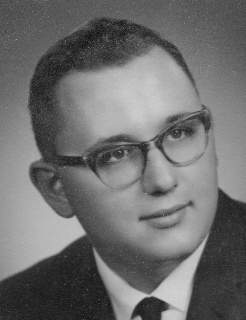 Biography: Larry V. Leuthold, 75 of Bucyrus passed away on Monday March 19, 2018 at Bucyrus Community Hospital.  Larry was born April 26, 1942 in Crestline to the late Melvin Wilhelm and Dorotha Mae (Pickett) Leuthold.  He was married July 2, 2000 to Juanita (Gulling) Leuthold who survives. In addition to his parents, he was preceded in death by stepson Robert E. Hoag; sister Sharon Purdy; and brothers Melvin E., Donald E., Robert A., William O., Charles D. and Ronald E. Leuthold.


Larry retired from Bucyrus Blades in 2002 after 36 years.  He currently had been working at the Kroger fuel station. Larry lived his entire life in the community and graduated from Holmes Liberty in 1960.  He enjoyed going to auctions when he and Juanita had the L & L Gifts and More store in Bucyrus. He also enjoyed watching sporting events on T.V.


Funeral Services will be held on Friday at 1:00 pm in the Munz-Pirnstill Funeral Home with burial to follow in Oakwood Cemetery.  The family will receive friends at the funeral home on Friday from 11:00 am until the time of service. Memorials may be made to the American Heart or Lung Associations and expressions of sympathy can be left at www.munzpirnstill.com
To order memorial trees or send flowers to the family in memory of Larry V. Leuthold, please visit our flower store.