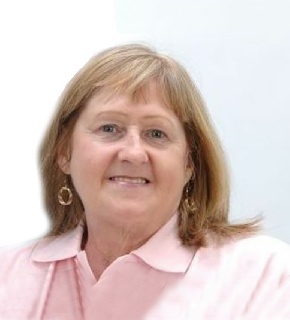 Biography:  Judy Ann (Lysinger) Dewalt, 71 of Bucyrus went to Heaven to be with her mother, grandmother, and baby brother on Friday March 16, 2018 after a brave battle with cancer with her family by her side.  Judy was born January 15, 1947 in Cincinnati, OH to Ada Mary (Snyder) Lysinger and chosen father Mark May who survives in Phoenix, Arizona. In addition to her mother, she was preceded in death by infant brother Billy, father and mother-in-law Richard and Shirley Dewalt and nephew Shawn Higginbotham.

Judy was married June 6, 1987 to Robert “Bob" Dewalt who survives along with daughter and son-in-law April (Rodgers) and Art Payne, Bucyrus; grandchildren Christian and Chase Bierce, Cameran and Cory Rodgers, Jamie (Julie) Bierce; great grandchildren Carter and Miranda Bierce; former husband and good friend Harold Rodgers; God sons Eric (Emily) and Ryan Wilfer; sisters and husbands Joy and Eric McClarren and Jane E. and Ron Pritchard; brother and sister in laws, Richie and Irene Dewalt, Debbie and Bob Carpenter, Betty and Tom Teetrick, Charlie and Shirley Rodgers, Billy and Doug Rodgers, Evelyn and Bo Shope, Debbie and Dave Higginbotham, numerous nieces and nephews, as well as her loving dog “Moose” and kitty “Bud”.
Judy graduated from Bucyrus High School in 1965. Judy worked at the Brown Derby where she started as a server and ended up an assistant manager, she then went on to be a manager at The Sandwich Shoppe and finally ended her career in 2004 as a server at Bob Evans. During high school football season you could usually find Judy sitting in the bleachers cheering for the Bucyrus High School Marching Band watching first April, then Christian and Chase march down the field. Or watching Eric and Ryan play football at Buckeye Central. She was a proud "Brini" as her grandchildren called her. Singing songs, reading books, saying yes after their mom said no.
A Memorial Service will be held on Tuesday at 1:00 pm in the St. John’s United Church of Christ with Rev. Joe Platt and Major David Payne officiating.  The family will receive friends from 12:00 noon until the time of service. Memorials may be made to the Crawford County Humane Society and expressions of sympathy can be left at www.munzpirnstill.com
To order memorial trees or send flowers to the family in memory of Judy Ann (Lysinger) Dewalt, please visit our flower store.