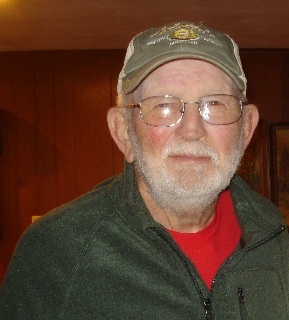 
John Wesley Boudinot, 84 of Bucyrus passed away on Sunday July 31, 2016 at Altercare of Bucyrus surrounded by his family.  John was born Feb. 10, 1932 in Crawford Co. to the late Lewis and Leeola (Luke) Boudinot.  In addition to his parents, he was preceded in death by brother in law Gene Rossman; brother and sister in law Gilbert and Joyce Boudinot; and sister Nancy DuPont.
John graduated from Sulphur Springs H.S. in 1950, playing all sports, and was drafted into the Army during the Korean Conflict where he was stationed at Fort Knox.  He served from Aug. 16, 1952 until June 25, 1954, including 13 months in Korea where he was promoted to SFC in the tank division.  Shortly following his return home in 1954 he started working for the Timken Roller Bearing Co as a machinist.  He continued working there for 35 yrs. 9 mos. missing only 2 days of work.
On September 24, 1954 John married Joan Thiel who survives, they were married for 61 years.  In addition he is survived by daughters that he loved, Kathleen (Dusty Snyder) Winch, Cardington and Susan (Lee) Tooman, Bucyrus; grandsons Neill Ley, Bucyrus and Christopher (Danielle Scharpf) Winch of Dublin; and one great grandson Trevor Jonathan Ley who he loved dearly; he is also survived by sister Barbara Rossman and brother in law Ken DuPont.
John farmed with horses beginning at the age of 8.  Many of the fences still stand that he helped erect.  For nearly 20 years he owned horses that he loved and which his daughters showed and later he trail rode with his father.  He had a love for animals which also included cats and dobermans.  John spent his vacation time on numerous traveling adventures out west and beyond as well as to horse shows and local fairs.
Through the years John enjoyed softball, golfing, and bowling.  He attended all of the sporting events of his grandsons and great grandson and spent years coaching baseball in the Bucyrus Community and coached Senior League for his grandson.  John always liked and took special care of his cars, JD Tractors, yard and horses.  Many people will remember John for attending auctions where he visited with his many friends.  John was the first to help friends, family, neighbors, or strangers with what they needed and was always willing to give his valuable advice and guidance.
When John was younger he was baptized and belonged to the United Brethren Church. He was a daily reader of his Bible and faithful listener of radio services.  He was a member of the NRA, American Legion Post 181, and the AARP.  Most of all John loved his wife, children, grandchildren and great grandchild.
A Graveside Service will be held on Wednesday at 10:30 am in the Holy Trinity Catholic Cemetery with Father Paul Fahrbach as Celebrant.  Military honors will be provided by the American Legion Post 181 Honor Squad.   In lieu of flowers, memorials may be made to the Alzheimer’s Foundation or the Humane Society.  Expressions of sympathy can be left at munzpirnstill.com
To order memorial trees or send flowers to the family in memory of John Wesley Boudinot, please visit our flower store.