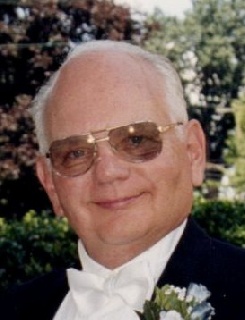 Biography:  John T. Stanley, 80 of Willard passed away on Sunday October 15, 2017 at the Stein Hospice in Sandusky.  John was born September 8, 1937 in Cincinnati, OH to the late Horace John Stanley and Edith Jane (Taylor) Stanley.  He was first married June 13, 1959 to Betty Lou (Hahn) Stanley who preceded him in death on Oct. 11, 1998.  On June 23, 2001 he married Linda Jean (Bletz) Buurma Stanley who survives.  John was also preceded in death by brother Horace Paul Stanley.


In addition to wife Linda, John is survived by children Kathie Stanley Dodds, Hilliard OH; CPO John T. Stanley, USN, ret. ,Grove City O; Diane (Stanley) & Husband MCPO Ray Cox, USN, ret, St. Pete Beach Fl; Ch Maj Jack S. Stanley, USAF, ret. & Wife Stacy (Hutton),  Panama City Fl; Maj Kevin B. Stanley, USAF, ret.; Faith (Stanley) & Husband Jeff Olen,  Cape Coral Fl; grandchildren John, Stephanie, Michelle, Blake, Marlon,  Scott, Brandon, April, Emaly, Mary Lou, and  Fischer; 8 great grandchildren; step children Charlotte & Husband Eric Mulvane, Willard OH; Ryan & Wife Jenn Buurma, Pinckney MI; Andy & Wife Alenna Buurma, Miamisburg OH; Laura & Husband Randy White, Wellington OH; step grandchildren Maria, Kyler, Meredith, Peyton, Carson, Kaydia, Brynn, Lucas, Rowan, Sydney, Emrie,and  Maryn; and brother Clarence Pete (Dee) Stanley Houston Tx.
John grew up in Cincinnati OH and attended Nyack College NY.  In early years John served as a Pastor at the First Alliance Church in Frankfort IN.  Eventually his travels brought him closer to home in Ohio where he began his service in 1967 as a Police Officer in Bucyrus Ohio.  He advanced from Patrolman to Captain.  In 1987 he was recognized by the VFW for capturing those attempting to vandalize the American and POW/MIA Flags in the Bucyrus town square.  He was awarded the American Legion Certificate of Commendation in 1987.  He was named the 1989 State of Ohio Police Officer of the Year.
In the 1990s John organized the Drug Abuse Resistance Education “DARE” program for Bucyrus, and served as its officer into his retirement.  In 2000 John was awarded Citizen of the Year for his DARE work for Crawford County by Bucyrus Area Chamber of Commerce.
John was an avid reader and had the heart of an explorer.  His love of nature and volunteerism took him and his family to amazing adventures that frequently included Lake Superior and the Smoky Mountains.  John served as a volunteer throughout his giving life:  At Beulah Beach Camp, Vermillion OH;  Light House Keeper, Apostle Islands, Bayfield Wisconsin; Grand Traverse, Crisp Point and Mission Point MI;  Cuyahoga Valley Scenic Railroad Trainman, including the Polar Express and Thomas The Train expeditions; Mansfield Hospital and the Willard Hospital where he was a Volunteer of the year.
He served as elder, minister of music and choir director at Willard Christian Reform Church.  He was a founding elder and Choir Director at First Alliance Church, Bucyrus.
The love of music shown through John’s life.  His particular interest in the pipe organ led to an inexhaustible wealth of knowledge in this area.  He studied and played organ and piano.  A highlight of his youth included participating in the National Interscholastic Music Golden Anniversary Gala Concert in 1956.  John participated in chorale and voice performances throughout his days.  John and Wife Linda were members of the Mansfield Symphony Chorus for many years.
John knew how to enjoy the better things in life and that money was no object whether someone had millions, tons, or none (and was much nearer to the later). He taught this to his children and anyone else who needed teaching. He made the most of every opportunity, always did his best (especially if no one was looking), he respected everyone and found the adventure in it all: Good Music -- from La Bohem to Broadway to Durufle', Good Art -- from painting to sculpture to architecture, Good Food -- from French souffle to fried perch to Toy Wan, Good clothing -- from cashmere long coats to pit shined Florsheims, Good Sights -- from Staten Island to the Smokies to the Canadian outback, Good Work -- from fixing cars to waxing the pews at church to wood work and construction. No good experience come without good work, and the sacrifice of other more immediate pleasures.
John Stanley was the most gallant of men and above all, loved his Lord Jesus.  He served God faithfully throughout his days and has left an immeasurable legacy for his family and all who knew him.
Funeral Services will be held on Thursday at 11:00 am in the Bucyrus First Alliance Church with Rev. William Strader and Rev. Terence. Visser officiating, burial will follow in Oakwood Cemetery.  The family will receive friends at the Munz-Pirnstill Funeral Home on Wednesday from 2-4 and 7-9 pm.  The F.O.P. Ritual Service will be held at 8:30 pm on Wednesday.  The family suggests memorial contributions be made to Celeryville Christian School, Malabar Farm Foundation, or the Stein Hospice Center through the funeral home.  Expressions of sympathy can be left at www.munzpirnstill.com
To order memorial trees or send flowers to the family in memory of John T. Stanley,, please visit our flower store.