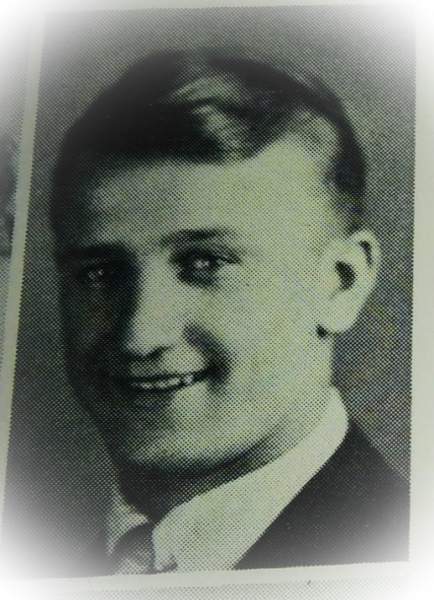 Biography: John Mikusa passed away November 11, 2019 at Signature Healthcare of Galion where he resided for the past 3 years. Born to John and Caroline Mikusa in Canton Ohio February 5, 1917. He had two sisters who preceded him in death. His father John Mikusa passed away when he was 2 years old. His mother married John Palovich, his beloved stepfather. John graduated from Canton McKinley high school in 1935. He ran varsity track and competed at the State finals. He was an avid golfer, fisherman, trapper and hunter. He loved sports. In addition to Golf, he played softball and semi pro football.

John married his sweetheart Margaret Sinay in 1938. Together with Margaret they had 7 children; Jack, Carol, Tom, Joan, Mike, Steve and Bob, While living in Bucyrus Margaret passed away in 1969. He married Barbara Ann Batton in 1976 and gained another daughter, Neysa. His children blessed him with 21 grandchildren, 21 great grandchildren and 2 great, great grandchildren. He was a member of HolyTrinity church and a member of the 4th degree in the Knights of Columbus.

John started work at the Timken Roller Bearing company in 1935 . He was promoted and transferred to Bucyrus Ohio in 1956. He also had a 2nd job for several years as a meat cutter at the A&P. He retired from Timken in 1976 after over 39 years of service.
For many years, he spent his winters at Leisure Lakes in Palmetto FL where He and Barbara entertained family & friends for over 30 years, & participated in many events especially ballroom dancing, card groups & golf. John did not know a stranger & was counsel to many family & friends.

On November 23rd at Holy Trinity Catholic Church there will be a rosary said at 9AM; Showing and calling hours from 9:30 to 10:50. At 11AM there will be a Mass and immediately after, there will be prayers at the grave site. Expressions of sympathy can be left at www.munzpirnstill.com.

In lieu of flowers:
Contributions to the American Cancer Society
Or Kindred Hospice
To order memorial trees or send flowers to the family in memory of John Mikusa, please visit our flower store.