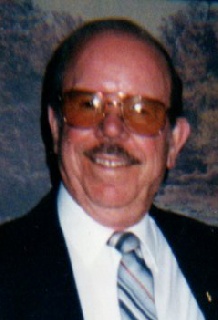 John and Trudy really enjoyed time spend with family and loved ones. They enjoyed vacations together and riding around exploring the different destinations. He loved barbequing, had to always be busy, and was a fixer upper for anyone and everyone. John was a man full of compassion and love for everyone. He did not quit up until the very end he was still cutting the grass, working in the yard, even up until his last Friday. John also was always a provider he took care of his family and those he loved. John served in the U.S. Army from 1949-1953. John was a member of VFW Post 1078, of Amvets Post 27, and of American Legion Post 181. Trudy and John were one of the greatest love stories.

There will be a burial of cremains in the columbuarian by the family at a later date. Memorials may be made to the American Cancer Society or Crawford County Humane Society. Moments of remembrance may be left online at www.munzpirnstill.com
To order memorial trees or send flowers to the family in memory of John H. Lewis, please visit our flower store.