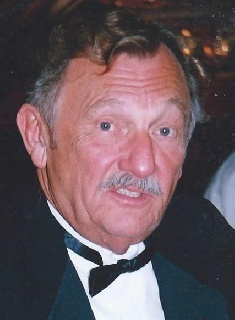 
John is survived by his companion of 23 years, “His Sweetie” Elaine Rice; grandchildren Ken Holt, Robert Cohen, David Bartholomew, John Holt IV, Philip Gilmore, and Steven Lepard as well as 2 great grandchildren Fionnuala and Alessia.
Dr. Holt was a graduate of the Univ. of Kentucky, Ohio Northern University, and the College of Dentistry at Ohio State University.  John served in the U.S. Army from 1944 until 1946.  He retired  from the U.S. Public Health Service (Coast Guard) as a Dentist in 1981 attaining the rank of Colonel.  He practiced in Bucyrus for two years.  John was a former member of the Epworth U.M. Church in Bucyrus and attended Epworth United Methodist Church in Marion.
Funeral Services will be held on Saturday at 2:00 pm in the Munz-Pirnstill Funeral Home with Rev. David Hoffman officiating, burial will follow in Oakwood Cemetery.  The family will receive friends at the funeral home on Friday from 5:00 pm until 7:00 pm.  Memorials may be made to either Bucyrus U.M. Church or Epworth U.M. Church in Marion and expressions of sympathy can be left at munzpirnstill.com.
To order memorial trees or send flowers to the family in memory of John H. Holt, please visit our flower store.