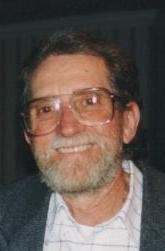 Biography:  Joel W. Butterman, 77 of Bucyrus passed away peacefully on Thursday morning at home.  Joel was born September 21, 1938 in Bucyrus to the late Glen P. and Elizabeth “Libby” (Osbun) Butterman.  In addition to his parents, he was preceded in death by grandson Timothy, great grandchild Shyann, and sister and brother in law Lillian and John Siamas.