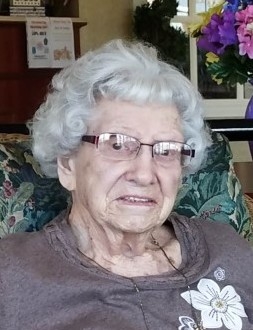 Biography: Jeannette M. (Parker) Naufzinger, 97 of Sidney Ohio passed away on Wednesday October 14, 2020 at Wilson Memorial Hospital in Sidney following a brief illness.  Jeannette was born April 11, 1923 in New Washington, OH to the late Jesse H. and Minnie (Magsig) Riedel.  She was married November 10, 1946 to Gerald Parker who preceded her in death in 1973.  Her second marriage was on February 14, 1989 to Warren B. Naufzinger who preceded her in death in 2004.  Jeannette was also preceded in death by brothers and sisters-in-law Calmer and Anna Riedel, Wayne and Doris Riedel, Gerald "Jess" and Maxine Riedel,  as well as brother in law James Meister and sister in law Norma Riedel.

Jeannette graduated from New Washington High School in 1941 and was formerly the Crawford County Recorder from 1984-1988.  She moved from Bucyrus to Sidney 7 years ago and has resided at the Ohio Living Dorothy Love Community. Jeannette was a member of Good Hope Lutheran Church.

Private funeral and graveside services will be held at the Munz-Pirnstill Funeral Home with burial to follow in St. John's Cemetery in New Washington.  The family suggest memorials be made to the Good Hope Lutheran Church stained glass window fund or the Ohio Living Dorothy Love Chapel fund in Sidney.  Expressions of sympathy can be left at www.munzpirnstill.com.  Services will be broadcast on Munz Pirnstill Facebook on Thursday at 11:00 am
To order memorial trees or send flowers to the family in memory of Jeannette M. (Parker) Naufzinger,, please visit our flower store.

Services will be broadcast on Munz Pirnstill Facebook on Thursday at 11:00 am