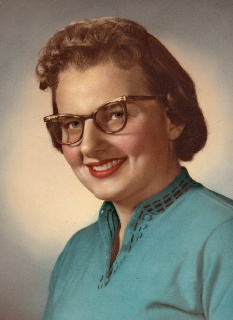 Biography:  Jane L. Rothhaar, 77  formerly of Crawford County and most recently of Blakesburg, Iowa passed away on Monday July 31, 2017 at the Monroe County Hospital.  Jane was born April 8, 1940 in Crawford County to the late Thomas J. and Bernice (Brown) Murphy.  She was married August 23, 1959 to Roger Rothhaar who survives.  In addition to her parents, she was preceded in death by brothers Glenn and Daryl as well as sister in law Sandra Murphy.


Jane graduated from Mt. Zion H.S. in 1958 and later received her Bachelor of Science Degree from O.S.U.  She was a substitute teacher for many years throughout Crawford County.  She and her husband moved to Iowa in 2001.  Jane was involved with the farm in Iowa and enjoyed the wildlife, humming birds, growing posies, as well as quilting and being a member of the garden club and historical society.


Funeral Services will be held on Saturday at 11:00 am in the Munz-Pirnstill Funeral Home with burial to follow in Brokensword Cemetery.  The family will receive friends on Friday from 6:00 pm to 8:00 pm.  Memorials may be made to the donor’s choice and expressions of sympathy can be left at www.munzpirnstill.com
To order memorial trees or send flowers to the family in memory of Jane L. Rothhaar, please visit our flower store.