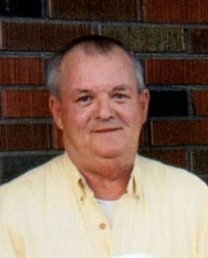 Biography: James L. "Buck"  Kincade, 68 of Bucyrus went to be with the Lord on Thursday December 21, 2017 at Shelby Point after battling illness for the last year.  James was born November 2, 1949 in Athens, OH to the late Rollin and Thelma (York) Kincade.  In addition to his parents, he was preceded in death by three brothers Melvyn, David, and William as well as one sister Doris Cummins.


James worked in factories and had worked with his father as a plasterer.  He served in the U.S. Army. James enjoyed the outdoors. his favorite past time was fishing. James was always looking forward to the next family get together. Jams was a man of faith an enjoyed praising the Lord.


Memorial Services will be held on Wednesday December 27, 2017 at 3:00 pm in the Munz-Pirnstill Funeral Home and the family will receive friends one hour prior to the service. Expressions of sympathy can be left at www.munzpirnstill.com
To order memorial trees or send flowers to the family in memory of James L. "Buck" Kincade, please visit our flower store.