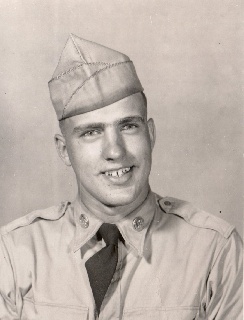 Biography:  James J. Yanka, 85 of New Washington passed away on Monday March 25, 2019 at Mill Creek in Galion.  Jim was born April 1, 1933 in New Washington to the late Joseph and May (Brodt) Yanka.  He was married November 27, 1965 to Mary (Shifley) Yanka who survives.  In addition to his parents, he was preceded in death by sisters Mary Yanka and Lois Frasca; infant brother Tom; and brother in laws Vic Chase and Larry Frasca.


Jim graduated from New Washington High School in 1951 and studied briefly at Case Western Reserve.  He served in the U.S. Army during the Korean War as a Radar Operator and Technician at White Sands Missile Proving Ground in Las Cruces, New Mexico.  Jim farmed early in life and retired from Mansfield Brass and Aluminum in New Washington in 2009.  For several years he worked at North Electric in Galion.  Jim was a member of St. Bernard Catholic Church in New Washington.


Mass of Christian Burial will be Celebrated on Friday at 11:00 am in the St. Bernard Catholic Church with Father George Mahas as Celebrant, burial will follow in St. Bernard's Cemetery.  In lieu of flowers memorials may be made to Catholic Charities, St. John's Lutheran Church Food Pantry in New Washington, Crawford County Right to Life, or the donor's choice.  The Munz-Pirnstill Funeral Home is assisting the family with arrangements and expressions of sympathy can be left at www.munzpirnstill.com
To order memorial trees or send flowers to the family in memory of James J. Yanka, please visit our flower store.