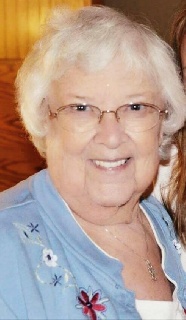 Biography:  Jacqueline J. Carey, 83, of Bucyrus passed away on Friday, Dec. 16, 2016 in OSU Medical Center in Columbus, her death was unexpected following a very brief illness. She was born June 2, 1933 in Charlotte, MI., to the late Leo W. Norris and Lucille Virginia (Dewaters) Norris. On Dec. 27, 1954, she married Kendall Carey who preceded her in death on July 1, 2008.

Jacqueline is survived by her children, Cheryl Barnett of Bucyrus, Lyle (Denise) Carey of Wintersville, Ohio, Cynthia Stauffer of Bucyrus, Duane (Pam) Carey of Cleveland, Ohio, and Susan Snavely/Robert Garner of Mt. Gilead, Ohio. Also surviving are her grandchildren, Scott, Jamie, James, Jason, Maggie, Megan, Michelle, Courtney, John, Kathy, Michael, Greg, and Anthony; 18 great grandchildren; her sister, Gloria Cole of Michigan; and her half sister, Joanne Miller of Las Vegas, Nevada. She is preceded in death by Tanya and Tiffany, her grandchildren and her brother, Joseph.

Jacqueline was a graduate of Charlotte High School in Charlotte, Michigan. In 1961, she moved from Michigan to Bucyrus where she was a homemaker, worked a few years at Sweeny’s Restaurant and loved to sew and make blankets, playing bingo with her friends, doing puzzles, coloring, and playing cards. She was known as Momma or Grandma by everyone and will be greatly missed.

The family will receive friends on Thursday, December 22, 2016 from 3-5 pm in the Munz-Pirnstill Funeral Home, Bucyrus, Ohio where services will be held at 5 pm. dinner and fellowship to follow at the Coop.  Expressions of sympathy can be left at munzpirnstill.com.

In lieu of flowers, the family asks that memorial contributions be made to Munz-Pirnstill Funeral Home in her memory.
To order memorial trees or send flowers to the family in memory of Jacqueline J. Carey, please visit our flower store.