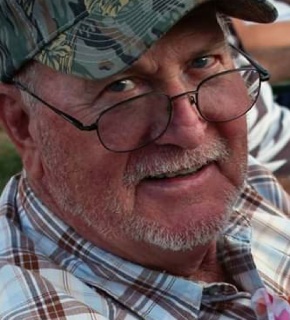 Biography:  Hershell B. Johnson, 80 years of age passed away on Sunday at Riverside Hospital in Columbus following a brief illness.  Hershell was born July 20, 1938 in West Liberty KY to the late Claude and Lucinda (Litteral) Johnson.  He was married Dec. 23, 1991 to Edna (Eulett) Bloomfield Johnson who survives.  In addition to his parents, he was preceded in death by daughter Kathy Johnson, step son Larry Bloomfield, sister Fredia, and 2 infant sisters.

Funeral Services will be held on Wednesday at 7:00 pm in the Munz-Pirnstill Funeral Home with Masonic Services being held at 6:45 pm.  The family will receive friends at the funeral home on Wednesday from 2:00 pm until 4:00 pm and from 6:00 pm until the time of services.  Memorials may be made to the American Cancer Society and expressions of sympathy can be left at www.munzpirnstill.com
To order memorial trees or send flowers to the family in memory of Hershell B. Johnson, please visit our flower store.