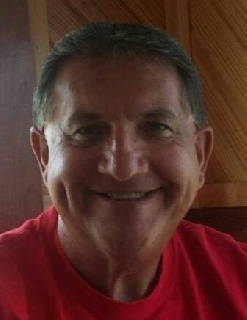 Biography:  Herbert Spears, 73 of Bucyrus passed away on Thursday May 16, 2019 at home, his death was unexpected.  Herb was born January 16, 1946 in Welch, W. Virginia to the late Frank G. and Lucille (Foley) Spears.  He was married July 11, 1971 to Rebecca (Gallentine) Spears who survives.  In addition to his parents, he was preceded in death by brother James Spears.
Herb is also survived by son Zohn (Pamela) Spears of Bucyrus; daughter Dawn Spears and fiance' Ryan Scott of Broadview Heights, OH; grandchildren Courtney, Alyssa, Dylan, and Hayden; brothers Raymond (Arlene) Spears of Bucyrus; Benny (Cathy) Spears of Crestline; and John Spears of Bucyrus; as well as aunts, cousins, nieces, and nephews.
Herb lived his entire life in Bucyrus and graduated from Bucyrus High School in 1964.  He worked at both Peabody and Galion Dresser for several years.  Herb was a member of Whetstone Baptist Church and was a board member of the Crawford County Conservation League.  He was an avid fisherman and hunter.
The family will receive friends at the Munz-Pirnstill Funeral Home on Tuesday from 5:00 until 8:00 pm.  Funeral Services will be held on Wednesday at 11:00 am in the funeral home with Rev. Larry Oxendine officiating.  Memorials may be made to the Cr. Co. Conservation League and expressions of sympathy can be left at www.munzpirnstill.com
To order memorial trees or send flowers to the family in memory of Herbert Spears, please visit our flower store.