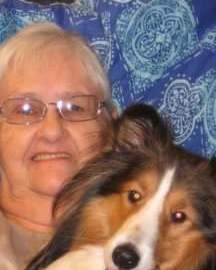 Gloria lived in Benton most of her life and worked as an LPN at the Wyandot County Nursing Home for several years.   She attended the Wesley Methodist Church in Fostoria and enjoyed crocheting, sewing, painting, baskets, and crafts in general.

Funeral Services will be held on Thursday January 12th at 12PM at the Munz-Pirnstill Funeral Home with visiting one hour before starting at 11AM, burial will follow in Oakwood Cemetery.

To order memorial trees or send flowers to the family in memory of Gloria L.(Smith) Holman, please visit our flower store.