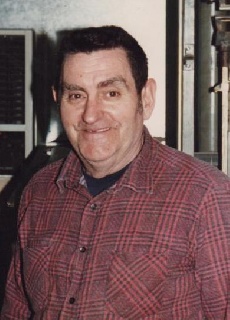 Biography:  Franklin Junior Hammock, age 79, passed away unexpectedly January 19th, 2016. Frank was born to the late Robert and Gladys (Meadows) Hammock April 29, 1936 near Cookeville, Tenn. He moved to Bucyrus in 1956 and married Goldie McGlone in 1960. She passed away in 2007. He then married Charlotte (Davis) Galitza Jan. 16, 2009. Frank is preceded in death by parents, first wife; brother, Danny Hammock; sisters, Rosellee Redmon, Willene Jackson, and Lynne Thompson.

Frank worked with Swan rubber for 42 years leading into his retirement in 1998. He enjoyed finding treasures at garage sales. He had a passion for buying and fixing up riding mowers as well. Frank loved seeing the grandkids and spending time with his family. Visitation will be at Munz-Pirnstill Funeral Home, Thursday January 21st from 4-7pm. Services will be at 11 am Friday at the funeral home. Interment at Oceola Cemetery. Officiating pastor Lyle Arnett. Expressions of sympathy can be left online at www.munzpirnstill.com.
To order memorial trees or send flowers to the family in memory of Franklin Junior Hammock, please visit our flower store.