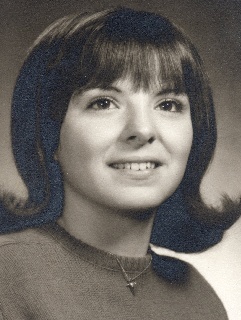 Biography:  Esther Marie (Fritz) Freeman, 67, died at Riverside Methodist Hospital April 13. She battled diabetes and kidney disease for twenty plus years. She was born December 8, 1949 to the late Lester and Maxine (Wogan) Fritz in Bucyrus Ohio.

Esther was a 1969 graduate of Bucyrus High School. She worked at various places in Bucyrus including Dog 'N Suds, General Electric, and Wire Assemblies. She continued her education and worked as a radiologist at Med Central Hospital for the remainder of her working years. Esther was known for her enthusiastic zest for adventures and her love of animals and family. She got to live in numerous states while training horses for Halton Stables. She was also involved with the North Robinson 4-H.

A Celebration of Life service will be at the Nevada Methodist Church at 4 PM Friday April 21.Memorials may be made to the Crawford County Humane Society. Moments of remembrance may be left online at www.munzpirnstill.com
To order memorial trees or send flowers to the family in memory of Esther Marie (Fritz) Freeman, please visit our flower store.