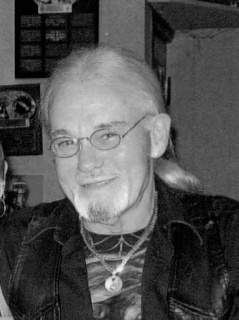 Biography: Ernest “Deacon” Burke Jr., 72 of rural Nevada passed away on Sunday June 9, 2019 at Riverside Hospital in Columbus.  Ernie was born July 3, 1946 in Hazard, KY to the late Ernest Burke Sr. and Geraldine (Greer) Clonch. He was married August 11, 1965 to Katherine (Wilt) Burke who preceded him in death on September 4, 2010.  In addition to his parents and wife, he was preceded in death by brother Harold “Stoni” Burke and step father Clyde Clonch

Ernie retired from Swan Hose after working over 40 years.  He moved to Bucyrus from Southern Ohio in the late 1960’s. Ernie graduated from Southern Ohio High School in Racine, OH.  He loved his gardening, flowers, and hummingbirds.

A graveside service will be held on Saturday June 29th at 12 noon in the Wells Cemetery between the cities of Rutland Ohio and Pageville,OH.  35470 Vance Road, Pomeroy, OH Memorial contributions may be made to the Upper Sandusky Humane Society through the Munz-Pirnstill Funeral Home and expressions of sympathy can be left at www.munzpirnstill.com
To order memorial trees or send flowers to the family in memory of Ernest “Deacon” Burke Jr., please visit our flower store.