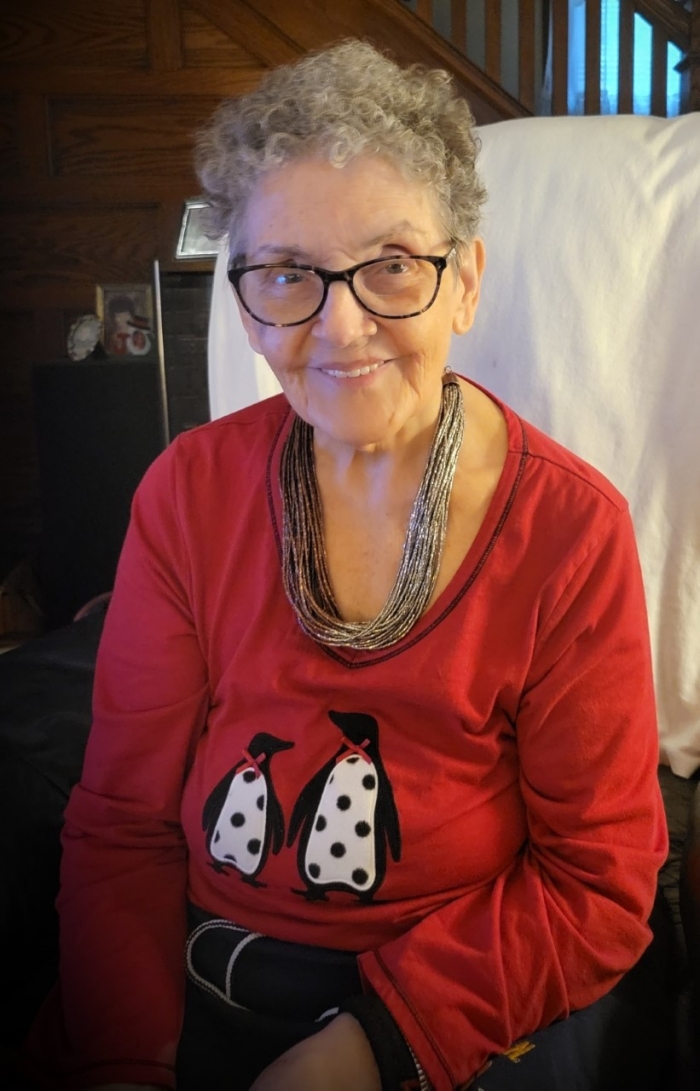 Biography: Elizabeth McGlone, 79 of Bucyrus passed away on Saturday December 25, 2021 at Bucyrus Community Hospital.  Elizabeth was born October 20, 1942 in Lewis County, KY to the late William and Evie (Dyer) Carpenter.  She was married December 16, 1969 to Wayne McGlone who survives.  In addition to her parents, Elizabeth was preceded in death by sister Velverene Grasely; sisters and brother-in-laws, Myrtle and Bob Hobbs, Elvira and Bill Chinn, and Olive and James Hobbs; brother and sister-in-law Zoney and Bonnie Carpenter; sister-in-law Dollie Carpenter; and brother-in-law James Cooley; half-brothers Que, Bob and Nelson Carpenter; and half-sister Josie Richmond.

In addition to her husband Wayne, Elizabeth is survived by brother Charles Carpenter of Bucyrus and sisters Violet (Keith) Dulen of Tipp City, OH and Irene Cooley of Maysville, KY; brother-in-law Frank Grasley; as well as numerous nieces and nephews including her special sweet angel, Mila Heinle.
Elizabeth worked in health care for many years at Fairview Manor, Altercare, the Bell Hoffman Michael Home, as well as private in-home care.  She had many hobbies including, playing bingo, completing adult coloring books, going to garage sales, gardening, shopping at discount stores, driving to Kentucky in the summers where she collected rocks in the creeks and mushroom hunted.

Funeral Services will be held on Thursday at 11:00 am in the Munz-Pirnstill Funeral Home.  The family will receive friends at the funeral home on Wednesday from 4:00 pm until 6:00 pm and one hour prior to the service on Thursday.  Expressions of sympathy can be left at www.munzpirnstill.com
To order memorial trees or send flowers to the family in memory of Elizabeth McGlone, please visit our flower store.