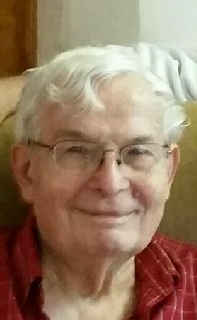 Biography:  Earl E. Kocher, 94 of Bucyrus passed away early Sunday June 19, 2016 at home.  Earl was born Feb. 15, 1922 in Powhatan Point, OH, Monroe County to the late Harry Everett and Frieda Caroline (Bigler) Kocher.  He was married Oct. 8, 1943 to Mary (Pettit) Kocher who preceded him in death on May 27, 2014.  In addition to his parents and wife he was preceded in death by three grandchildren and sister in law Adaline Kocher.
Earl and Mary together had two children; Allen Everett Kocher (Anna) of Greenville, OH and Brenda Kay Kocher Young (David) of Lykens; five grandchildren, Michael Kocher (Carol), Kevin Kocher (Sheena), Marc Young, Brent Young (Melissa), and Shaun Young (fiance’ Kalen Skasney);  nine great grandchildren; Maisie Kocher, Alyssa Kocher, Andrew Kocher, Ian Young, Elijah Kocher, Samuel Young, Brayden Kocher, Alivia Young, and Everett Young; one great great grandchild Aubrie Feliciano; and one brother Ray Kocher of Bucyrus.
Earl moved with his brother Ray and parents to Crawford County when Earl was 5 years old.  He graduated from Holmes Liberty School in 1940 and operated Kocher’s Feed Grinding Service until he entered the U.S. Army. During WW II, he served in Second Infantry Division in Italy.  Upon returning from the service, Earl worked in Mt. Gilead Ice Plant as an Assistant Manager.  He was employed at Swan Rubber Company for 41 years.  When Earl retired in 1987, he was the Production Manager of Reclaim and Plastics.  He also retired as Treasurer of Swan Credit Union in 1992.  Earl was a member of Martin Luther Lutheran Church and was a past Deacon and Superintendent of the Sunday School.
Funeral Services will be held on Friday at 11:00 am in the Martin Luther Lutheran Church with Rev. Tim Nelsen officiating, burial will follow in Oakwood Cemetery.  The family will receive friends on Thursday from 5:00 until 7:00 pm.  Memorials may be made to the church or the Parkinson’s Foundation and expressions of sympathy can be left at munzpirnstill.com
To order memorial trees or send flowers to the family in memory of Earl E. Kocher, please visit our flower store.