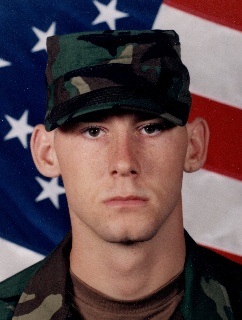 Biography:  Dustin “Ryan” Schmidt, age 36 of Mansfield, and formerly of Bucyrus died unexpectedly Saturday June 10, 2017.  Ryan was born November 11, 1980 in Shelby and was a 2000 graduate of Colonel Crawford High School where he played football and was a member of the Track Team.  He served in the U.S. Army from 2000-2003 which included one tour of duty in Bosnia.  After an honorable discharge, Ryan worked as a tree trimmer, truck driver, and cell tower repairman.


Ryan could always put a smile on your face with a simple hug.  He never knew a stranger and was known for his fun-loving personality.


Private graveside services will be held in Mansfield Memorial Park with Military Rites provided by the Richland County Joint Veterans Burial Squad.  In lieu of flowers, memorials may be made to the Colonel Crawford Athletic Department or the Joint Veterans Burial Squad through the Munz-Pirnstill Funeral Home.  Expressions of sympathy can be left at www.munzpirnstill.com
To order memorial trees or send flowers to the family in memory of Dustin “Ryan” Schmidt, please visit our flower store.