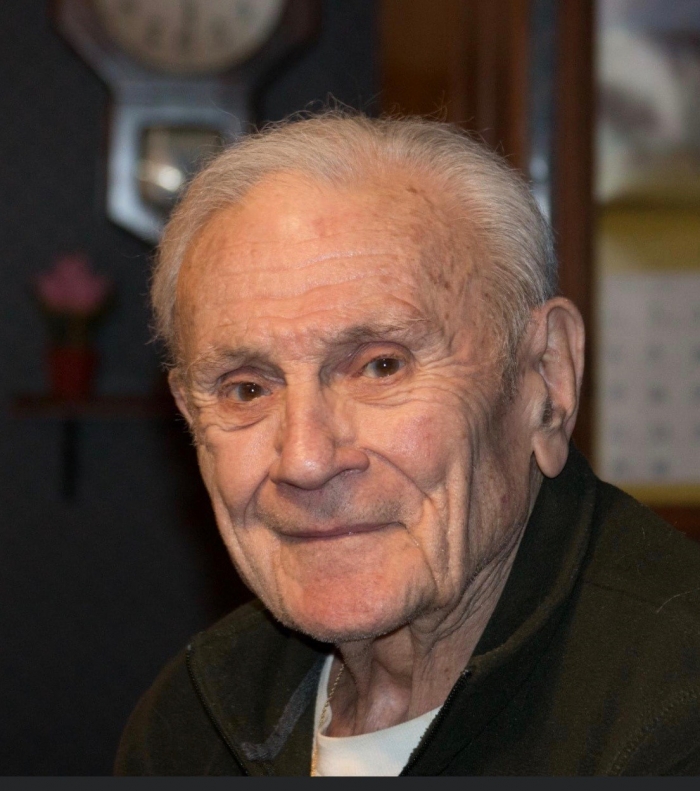 Biography: Longtime and well-known Bucyrus Dentist, Dr. Robert R. Bonin, passed away on Monday May 25, 2020 at the Ohio Veterans Home in Sandusky of COVID-19.  He was 97 years of age.  Robert was born April 14, 1923 in Bucyrus to the late Franklin and Mary (Link) Bonin.  He was married August 2, 1950 to Garland "Polly" Holmes who preceded him in death on April 5, 1988.  On March 21, 1992 he married Elsie Barno (nee. Irwin) who preceded him in death Nov. 17, 2012.  Robert was also preceded in death by his sister Donna Schell of Bucyrus; step-son Norman C. Barno (Anne) of Lorain, OH; step-daughter Martha J. Kucbel of Lorain, OH; and step-son Robert B. Barno of Redding, CA.
Dr. Bonin is survived by son Robert E. (Joan) Bonin of Rochester, MI; daughter Mary Kay (Steve) Markley of Bucyrus; grandchildren Cherie and Leighton Markley of Bucyrus and Stephanie Bonin of Warren, MI; one great-grandchild Logan L. Brown of Bucyrus.  He is also survived by step-daughter Patricia L. Lauren of Mocksville, NC; brother-in-law Charles E. (Wynonia) Miles of Lorain, OH; 14 step-grandchildren; 21 step-great-grandchildren; and 8 step-great-great-grandchildren.
Robert was a graduate of Bucyrus H. S. in 1941 where he played football and received the highest individual recognition in being placed on the All-Ohio high school football team.  He attended Heidelberg College on a scholarship. After the attack on Pearl Harbor, he enlisted in the U.S. Army, serving in the Medical Corps in Europe.  Following his military service, he returned to Heidelberg and received his Bachelor’s Degree.  In 1954, Robert graduated from the O.S.U. College of Dentistry and began practicing in Bucyrus in 1954 and retired in 1986.
Dr. Bonin was a lifetime member of the VFW and the American Legion and enjoyed hunting, fishing, singing, dancing, and telling jokes.
A Celebration of Life Gathering will be held at a to-be-determined date, when it is safe to convene.  After which he will be buried at Oakwood Cemetery.  The family suggests memorials be made to the Gifts for Yanks and expressions of sympathy can be made at munzpirnstill@hotmail.com
To order memorial trees or send flowers to the family in memory of Dr. Robert R. Bonin, please visit our flower store.