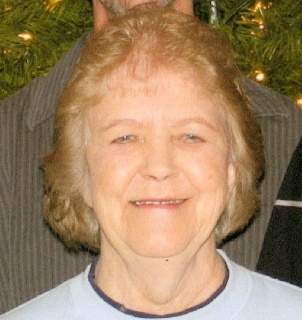 Biography:  Doris F. Smith, 75 of Bucyrus passed away on Monday June 26, 2017 at Bucyrus Community Hospital, her death was unexpected.  Doris was born March 17, 1942 in Kentucky to the late Claude and Zeoli (Hess) Compton.  She was married June 2, 1960 to Larry Ronald “Ron” Smith who preceded her in death on Sept. 5, 2006.  She was also preceded in death by sisters Della Meadows and Margaret Kleffman.


Doris was retired from the Timken Company.  She graduated from Honaker Virginia H.S. and attended college in N. Carolina.  She enjoyed playing bingo and most of all spending time with her grandchildren and family.


The family will receive friends at the Munz-Pirnstill Funeral Home on Thursday from 4:00 pm until 6:00 pm at which time funeral services will be held.  The family suggests memorials be made to the donor’s choice and expressions of sympathy can be left at www.munzpirnstill.com
To order memorial trees or send flowers to the family in memory of Doris F. Smith, please visit our flower store.