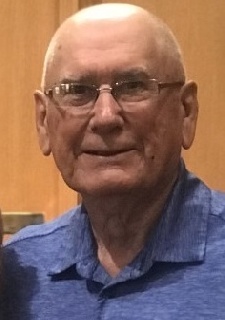 Don was a graduate of North Robinson High School. He went on to work at the family farm. He joined the Air Force and was active during the Korean War. Don then went on to work with the Timken company for 37 years. He was a member of the Legion and former member of the Moose. Don served with Meals on Wheels for a number of years. He was also an active member of St John's United Church of Christ. Don enjoyed traveling, working outdoors, gardening, and family knew him for making the best peanut butter cookies
There will be a celebration of life service for Don and Donna at St. John's UCC, 120 S Lane St, Bucyrus, OH. February 9, at 2PM. In lieu of flowers, memorials may be made to Kindred Hospice, St. John's UCC, or Donors Choice. Moments of remembrance may be left online at www.munzpirnstill.com
To order memorial trees or send flowers to the family in memory of Donald Earl Lauthers, please visit our flower store.