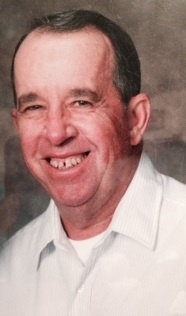 Biography:  Donald E. “Beagle” Palm, 79 of Sulphur Springs went to his heavenly home on Tuesday June 6, 2017.  He had been in failing health for the past 3 years.  Donald was born January 16, 1938 at his home on Wooster Rd. in Mansfield to the late Roy and Sedda (Ten Eyck) Palm.  On June 19, 1960, he married a girl he met at a Bucyrus High School basketball tournament in 1956, Charlotte (Hoover) Palm who survives and this month would have been married 57 years. In addition to his parents, he was preceded in death by his son Roy Palm and sister Janet Kidd.
Donald is also survived by daughter Vanessa (John) Schiefer, Bucyrus; grandchildren Andy (Kristin) Schiefer, Crestline; Marcy (Jeremy) Maglott, Bucyrus; Lucas (Tammy) Palm, Crestline; twins Samantha and Jessica Palm, Crestline; 5 great grandchildren; daughter in law Joann Palm, Crestline; sisters Doris (Ken) Studer, Chatfield and Linda (George) Harvey of Orlando, FL; sister in laws Linda (Jack) Clevenger and Norma Hoover; brother in law George (Sharon) Weisenbach of Middle Bass Island; as well as many nieces and nephews.
Following High School Donald worked for the Timken Roller Bearing Co. in Bucyrus retiring in 1994 with 38 years.  In 1956, he joined the Army where he was stationed in Alaska for 2 years. Donald was a member of the Bucyrus United Methodist Church and the Liberty Twp. Volunteer Fire Department.  He loved working with wood and especially with his son Roy in the cabinet shop.  Donald loved his wife, children, 8 grandchildren and 5 great grandchildren.
One of his loves besides his family was snowmobiling in Michigan with many friends, fishing and hunting and being a 4-H advisor of Rabbits for many years.
The family will receive friends at the Munz-Pirnstill Funeral Home on Sunday from 1:00 pm until 3:00 pm and from 5:00 pm until 7:00 pm.  Funeral Services will be held at the funeral home on Monday at 10:00 am with Rev. Michael Corwin officiating, burial will follow in Sandusky Twp. Cemetery with Military Rites.  The family suggests memorials be made to the James Cancer Center in Columbus or Home Care Matters in Galion.  Expressions of sympathy can be left at munzpirnstill.com
To order memorial trees or send flowers to the family in memory of Donald E. “Beagle” Palm, please visit our flower store.