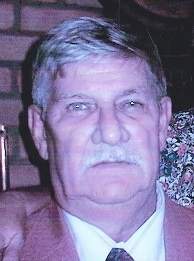 Biography:  Don J. Powers, 85 of Bucyrus passed away on Tuesday February 7, 2017 at Heartland of Bucyrus.  Don was born May 25, 1931 in Bucyrus to the late Don and Sadie (Pearl) Powers.  He was married July 10, 1950 to Pauline (Williams) Powers who survives.  In addition to his parents, he was preceded in death by sons Michael, Robin, and Joseph James; grandson Chad Zier; great granddaughter Alexis Powers; brothers Earl, Bobby, Nolan, Charles, and George; and sister Donna Belle Rutledge and Alberta Bowser.
Don is also survived by children Edward (Fran) of Upper Sandusky, Paul (Sherry), Bucyrus; Don Jay of Crystal River, FL, Margaret (Larry Charlton), Bucyrus, Julie (Rodger) Davis of Bucyrus, and Alison (Alan) Spence of Inverness, FL; 20 grandchildren; 32 great grandchildren; and 12 great great grandchildren.
Don lived his entire life in Bucyrus and was a Veteran of the U.S. Navy.  Very active in the AMVETS Post #27 in Bucyrus being a Life Member, he was the AMVETS Commander 4 times as well as serving other offices.  Don was a Life Member of the Sad Sacks, the fun and honor group of the AMVETS.  He held offices in the Sad Sacks on the local, state, and national levels and held the highest office, National Saddest #49.
Don worked at Swan Rubber, and W.A. Lutz prior to owning and operating several Bucyrus businesses.  He was owner and operator of Don’s News and Gifts, Ralphie’s Bar, and the Pleasant Inn.  He and his wife also ran the concession stand at the Park.  Don was an avid collector of almost anything, he built Powers Park on Woodlawn Ave. and several years ago was on the Park Board and coached Little League Baseball.
Funeral Services will be held on Monday at 11:00 am in the Munz-Pirnstill Funeral Home with burial to follow in Oakwood Cemetery.  The family will receive friends on Sunday from 1:00 pm until 3:00 pm and from 5:00 pm until 7:00 pm.  Expressions of sympathy may be left at munzpirnstill.com
To order memorial trees or send flowers to the family in memory of Don J. Powers, please visit our flower store.